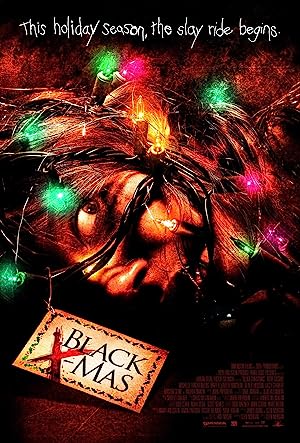 Then: bereft of a mother's love, one could agree young Billy never had a proper upbringing. After his abusive mother killed daddy, Billy was imprisoned in the attic. There, the jaundice-afflicted boy watched on as a new lover officially entered his mother's life to start a family from scratch. For years Billy waited in his musty confines. Confused and scorned. But the birth of a daughter, one accepted with unrequited maternal adoration, gave Billy his cue to resurface and brutally murder his mother and her lover.Present day: A group of six sorority sisters - Kelli (Katie Cassidy), Dana (Lacey Chabert), Lauren (Crystal Lowe), Megan (Jessica Harmon), Heather (Mary Elizabeth Winstead) and Melissa (Michelle Trachtenberg) and their house mother (Andrea Martin) - now live in Billy's childhood home. Settling in for Christmas Break, their seasonal serenity and good cheer is defiled by unsettling and threatening phone calls. Then, one of their own goes missing. And the girls are soon being slaughtered one by one by none other than Billy who has been watching their every move.Based on Bob Clark's 1974 horror classic, writer-director Glen Morgan's retelling slays audiences December 25th.