The Man in the High Castle - Season 2 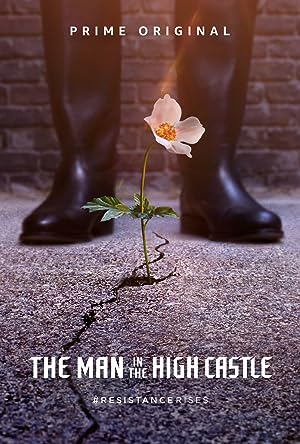 After helping Joe Blake escape with a film considered crucial by the Führer, Juliana Crain is marked for death by the Resistance. But further developments - including a fateful encounter with the Man in the High Castle - convinces Juliana that she has a crucial role to play in preventing war between the Reich and the Japanese - even though it will require Juliana to face unspeakable danger in the lion’s den… Meanwhile, Joe Blake, convinced Juliana is dead, seeks to confront the father who abandoned him - and finds himself swept into the sexy and intriguing and dangerous world of Berlin, the world’s capital, putting Joe into the orbit of those jockeying for power, and for war with Japan. This as Obergruppenführer John Smith wrestles with the laws and the ideology of the Reich - and also with himself - over what to do about his ill son, Thomas. Back in the Pacific States, Frank Frink takes the biggest gamble of his life in a bid to save his best friend, Ed McCarthy - and finds himself, once again, on a collision course with the Japanese authorities. Kempeitai Chief Inspector Kido, meanwhile, must also tackle problems of his own, in the shape of a war-mongering superior newly arrived from Tokyo. Trade Minister Tagomi may prove an unlikely ally for Kido - but Tagomi’s world has been turned upside down by his“travel” to an alternative San Francisco. What does it mean? Can it be repeated? And if Tagomi can go back, should he ever return?