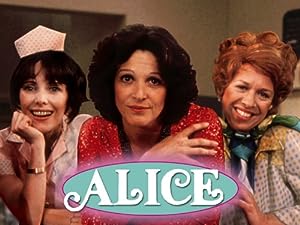 The (guest) stars shine bright on Alice’s seventh season. Joel Grey (as himself) saves the day when Mel takes over as producer of a local show after Alice (Linda Lavin) lands the lead. Tommy (Philip McKeon) has moved out to attend Arizona State College on a basketball scholarship. A crisis of confidence threatens to derail his collegiate dreams, so Alice drafts Meadowlark Lemon to give Tommy a much-needed pep talk. When a glamorous movie star Felicia Blake (Debbie Reynolds) pens her tell-all memoir, Mel steps forward as the pair of lips from page 123, and makes sure the diner’s customers all know it. This 3-disc, 24-episode collection contains the entire seventh season as originally produced, including Do You Take This Waitress? and The Secret of Mel’s Diner, which were made for the sixth season but aired in the seventh, as well as the seventh-season episode Vera’s Secret Lover, which aired in the eighth.