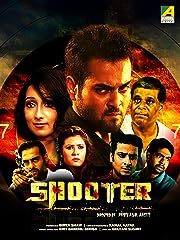 Dibya's parents are killed by Abani's men. Dibya becomes a shooter& the new don of the city and becomes famous as Deva. He helps poor people and orphan kids with the money he earns. So, the police fails to nab him. But Raju betrays him and his identity is revealed. Dibya kills Abani& is arrested. But he's released after seven years and starts his life afresh with his love Meghna.