Whose Line Is It Anyway?: Season 14 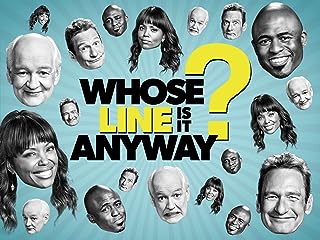 The laughs keep on coming with the hit improvisational comedy series WHOSE LINE IS IT ANYWAY? Featuring Ryan Stiles, Wayne Brady and Colin Mochrie, each episode also features a special guest who must put their comedic skills to the test through a series of spontaneous improv games. Prompted only by random ideas supplied by the studio audience and host Aisha Tyler, these four talented performers must use the little information they have and their wild imaginations to depict different characters and an array of scenes, as well as perform songs. After each round of improvisation, Aisha doles out points to each of the performers and declares a winner at the end of every episode. Guest stars who have dropped by include comedy star Cheryl Hines The Real’s Tamera Mowry-Housley, Olympic gold medalist Misty May-Treanor, Sleeepy Hollow’s Lyndie Greenwood, Arrow’s Emily Bett Rickards and Katie Cassidy and more!