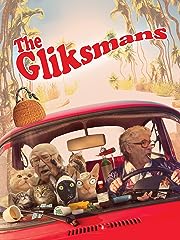 Barry and Barbara Gliksman, a spritely octogenarian couple, go through their morning routine: a big breakfast, a handful of pills, some bickering, plus a frantic look for Barry’s wallet. Today, they’re on their way to the bank; a trip that goes wildly awry when they notice they’re being tailed by an aggressive truck driver. After a chase through the hills, the two end up in the scorching and desolate San Fernando Valley, where the heat begins to take its toll. Quirky psychedelic animations capture the couple’s descent into madness, as their simple trip turns into an absurd and fantastical escapade with Sex, Drugs and Rock N’ Roll!