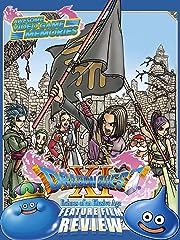 Ryan reviews Dragon Quest XI on the Playstation 4, Nintendo Switch, and the PC! How does the quest of the hero, known as the Luminary unfold in the land of Erdrea? You played as the hero in Super Smash Bros Ultimate, so see how his original story unfolds in the Echoes of an Elusive Age!