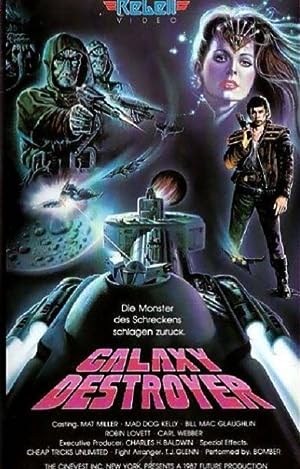 After hijacking a space shuttle, Harry Trent a spy, finds that the controls are malfunctioning and witnesses alien battleships approaching Earth. Many years later, when the arc of his flight path returns to earth, he finds the planet under alien domination and full of strange creatures as humanity fights for its survival. Also known as GALAXY.