Ted Bundy: Falling For a Killer 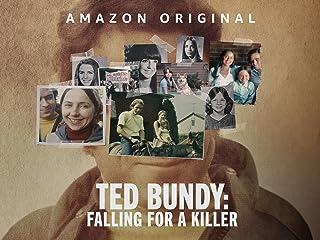 Ted Bundy: Falling for a Killer reframes the infamous serial killer’s crimes from a female perspective. The five-part series begins in Seattle, on the University of Washington campus where the women’s movement is gaining traction. In 1969, Elizabeth Kendall has just moved to the city from Utah with her young daughter Molly. Soon after, she meets boy-next-door and aspiring lawyer Ted, who appears to be the ideal partner. Together, with Molly, they become a family. By the mid-1970s, The Mary Tyler Moore Show has provided inspiration for single women, the abortion fight has been won, and gender roles are in the midst of being reconfigured. On college campuses in the Pacific Northwest, however, women are vanishing. In response, Py Bateman’s self-defense classes take off; women fight back even though they’ve always been told it’s better to submit. When a composite sketch of the suspect is circulated in the press, Elizabeth's blood runs cold because it looks like Ted. She alternates between suspicion and denial, developing a habit of calling the police to report him. Her concerns, however, are repeatedly dismissed. It is only after teenager Carol DaRonch is kidnapped, escapes, and identifies Ted as her abductor that he is finally caught. Now convicted of kidnapping and facing murder charges in Colorado, Ted escapes to Florida and kills three more. Picked up in a stolen car, he is arrested again and confesses in a dramatic phone call to Elizabeth. Over the series’ 20-year span, women deeply affected by these crimes will speak out, many for the first time. Karen Sparks, perhaps Ted's first attack; Donna Schram, a psychologist who hired Ted, but never suspected him; Cheryl Martin, a young campus cop who was one of the first to realize the disappearances were linked; and Polly Nelson, Ted's death row lawyer who was deeply disturbed by what he told her in a final confession. In Ted Bundy: Falling for a Killer, women step up to take back the narrative and have the final word.