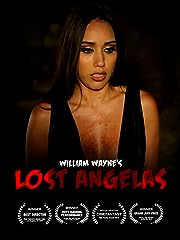 Film Threat's 2020"Award This" Winner for Best Indie made for under $100k& Best Director,"Lost Angelas" is a psychological thriller that dives into the underbelly of Hollywood. Struggling with schizophrenia and hunted by a mafia PI, a young screenwriter must relive encounters with a notorious film director to discover the truth about his missing girlfriend Angela and face a shocking discovery.