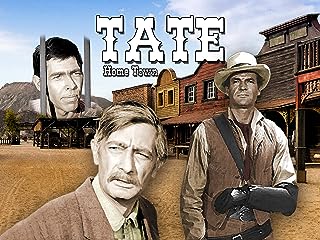 David McLean is Tate, who lost the use of his left arm during the American Civil War. Because he was injured at the Battle of Vicksburg in Mississippi, Tate's arm is covered in black leather and a glove and supported by a sling. Tate is a widower, but the cause of the death of his wife, Mary, is not specified in the series, although a gunfight seems likely.