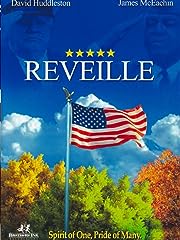 A Navy Veteran's daily routine of putting up the flag in a retirement community is interrupted when an Army Veteran moves in across the courtyard. They begin a war of one-upmanship as they fight to beat each other to the flag each morning. This depicts the true-life rivalry between the different divisions of the U.S. Armed Forces and the respect that Vets share from having served under one flag.