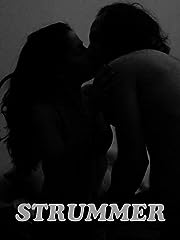 A sequel to Cody Clarke's first feature film Shredder, Strummer picks up ten years later as Travis, now in his late twenties, spends his days and nights swiping on a dating app and hooking up with women off of there. During one such encounter, he falls for a songwriting savant, and a renewed passion for music ensues-which causes unforeseen conflicts in their budding romantic relationship.