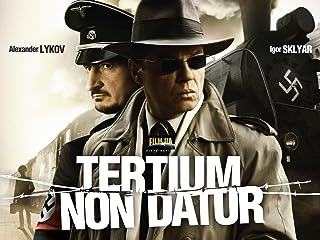 It is 1944. Western Ukraine is occupied by the Nazi army. A large-scale, highly classified construction is under way. An order has arrived from the Soviet center of operations to find out what the Nazi's mission is. The Soviet High Command is concerned that the construction site runs through the line of the Soviet offensive.