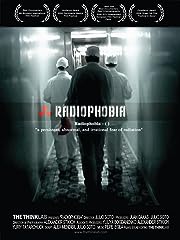 On April 26, 1986, a security test at Chernobyl's nuclear plant in the former Soviet Union, triggered the greatest civilian nuclear catastrophe in history. Unable to cope with this political, environmental and human disaster, the Soviets built a wall of silence around the event. Radiophobia is a touching documentary entirely shot in Chernobyl's"Forbidden Zone".