Louder than a Bomb 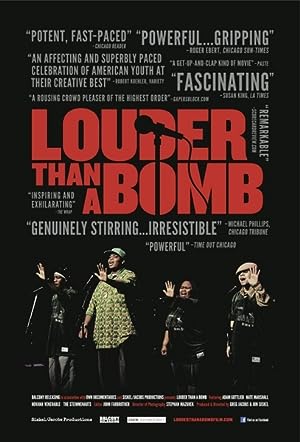 Every year, more than six hundred teenagers from over sixty Chicago area schools gather for the world's largest youth poetry slam, a competition known as"Louder Than a Bomb." Founded in 2001,"Louder Than a Bomb" is the only event of its kind in the country - a youth poetry slam built from the beginning around teams. Rather than emphasize individual poets and performances, the structure of"Louder Than a Bomb" demands that kids work collaboratively with their peers, presenting, critiquing, and rewriting their pieces. To succeed, teams have to create an environment of mutual trust and support. For many kids, being a part of such an environment - in an academic context - is life-changing.