No Code of Conduct 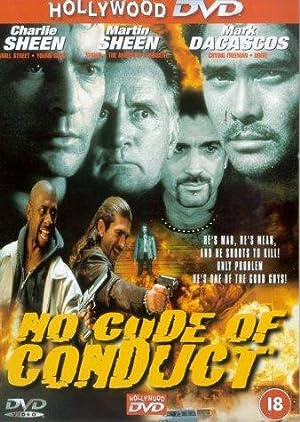 While hot on the trail of the city's most notorious heroin dealer, cops Bill Peterson (Martin Sheen, TV's The West Wing) and his son Jake (Charlie Sheen, TV's Two and a Half Men) uncover rampant corruption in their own police force. Without knowing who to trust, the Petersons must quickly learn a lesson in loyalty and honor as the tension soars before a $50 million drug deal goes down. As father and son work together to swiftly bring the criminals to justice, brace yourself for nonstop, high-powered adventure.