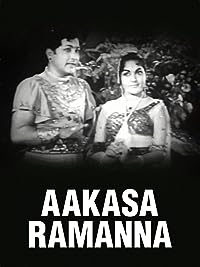 Aakasa Ramanna is a Telugu language film starring Kanta Rao and Rajashree in lead roles. The film was released in the year 1965 and has been directed by G. Viswanathan. Producer of the film is S. Bhavan Narayana. Watch the full movie Aakasa Ramanna online, only on Eros Now.