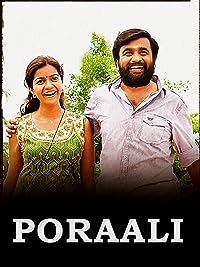 The story begins on a rainy night, when Ilangkumaran(Sasikumar) and Nallavan(Allari Naresh) escapes from a place and enters chennai with some suspense hidden behind their past. They settle at Pulikutty's (Ganja Karuppu) residence and find jobs in a petrol bunk. His honesty and kind heartedness win people. A girl named Bharathi (Swathi) comes to his life. Her initial wrong belief about Kumaran changes as soon as she knows his kind-heartedness. Soon, the love blooms between them. Ilangkumaran along with his friends start a venture which grows fast. This makes Pulikutty to give advertisement in a Magazine with their photo. Then comes a group chasing for Kumaran and his friends. Within a few minutes Soori, friend of Kumaran arrives chennai and shares some news. Kumaran's old life is shown in the second half and it is revealed that he is mentally affected because of his dad and stepmother's desire for wealth. Finally, the film comes to an end after many interesting twists.