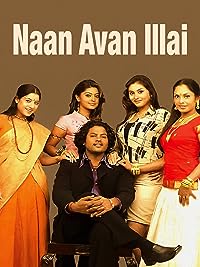 The police receive a complaint against Jeevan (Annamalai) that he is an imposter who has tricked four women into marrying him and cheated them. The police are on the hunt for him. The bus in which he is escaping meets with an accident. When Jeevan is undergoing treatment in hospital for the injuries, he is arrested by the police and produced in court. Four women cheated by him: Malavika (Priya), Jyothirmayi (Ammu Kutti), Keerthi Chawla (Radha) and Namitha (Monica), take the witness stand and tell each of their experiences with Jeevan. Jeevan appears in person without engaging a professional lawyer. 'Naan Avanillai" is his clever argument. Watch the full movie Naan Avan Illai online, only on Eros Now.