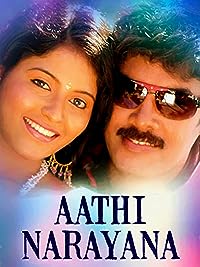 Saidai Sathya (Sundar C) has little respect for the law. He parks his car in the middle of the road and makes trouble for other vehicles. A traffic policeman, Kandadasamy (Vivek), ignores that violation because he is a close friend of Sathya. A social activist and lawyer, Udhayamoorthy (Vijayakumar), drags both of them to court for obstructing traffic and causing a nuisance. Instead of sentencing them, the court sends them to the Madurai Gandhi Museum for help, where they meet a college student named Meenakshi (Anjali). After he is discharged, Sathya starts a job as a henchman. VBR (Manivannan), a villainous former minister, sends him to steal a confidential file containing vital evidence on the death of the collector Sukanya at Udayamoorthy's place. While he is stealing the file, Udayamoorthy is killed by Sathya. While dying, Udayamoorthy blesses Sathya by saying "Vazhga Valamudan" (Long Live). These last words haunt Sathya, and, filled with remorse, he vows to carry on Udayamoorthy's good work. He gathers evidence to discover the murderer of Sukanya, even as VBR burns the documents to destroy the evidence. Sathya continues with his task of exposing VBR, and adopts Gandhian principles of nonviolence and peaceful satyagraha. Ezhumalai (Napolean) is a police inspector who vows to avenge the death of his brother, Udhayamoorthy. He thinks that Sathya had killed him, although he later finds out that he didn't. Sathya sits near the Gandhi statue and follows his examples of non-violence, confident that VBR will be arrested. VBR surrenders himself to police and is arrested. The film ends with Sathya and Meenakshi.