Prince Of Persia: The Sands Of Time 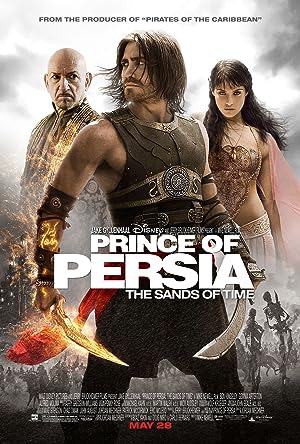 Walt Disney Pictures and Jerry Bruckheimer Films present "Prince of Persia: the Sands of Time," an epic action-adventure set in the mystical lands of Persia. A rogue prince named Dastan (Jake Gyllenhaal) reluctantly joins forces with the mysterious princess Tamina (Gemma Arterton) and together, they race against dark forces to safeguard an ancient dagger capable of releasing the Sands of Time - a gift from the gods that can reverse time and allow its possessor to rule the world.