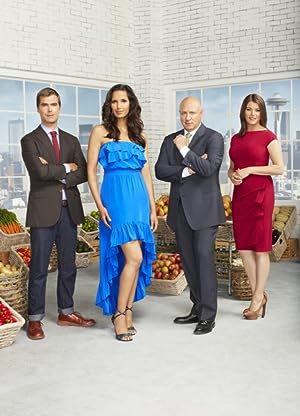 It's a whole new ballgame for the competing chefs on Bravo's Top Chef: Texas. For the first time ever, season nine will boast a record 29 chefs -- almost double the amount of chefs in seasons past -- who will see if they have what it takes to become an official cheftestant and qualify to wear the Top Chef coat. Only 16 will go on to compete across the Lone Star State -- in Austin, Dallas and San Antonio. In what will prove to be the most challenging season yet, some of the biggest names in food, music, and entertainment including Charlize Theron, Pee-wee Herman, CatCora, John Besh, Tim Love, and Patti LaBelle will be featured this season on Top Chef: Texas. Returning to the Judges' Table is host Padma Lakshmi and head judge, chef Tom Colicchio, alongside judges Gail Simmons and new this season, famed chef and restaurateur Emeril Lagasse and critically-acclaimed chef Hugh Acheson.