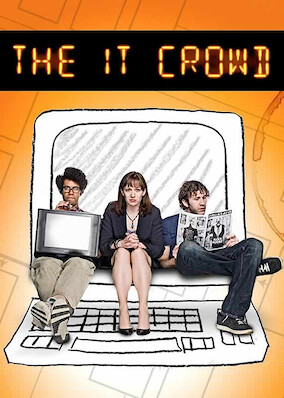 Pick a random title The IT Crowd

Aided by a tech-illiterate manager, a pair of basement-dwelling dweebs makes the most of life in IT at a corporation run by a cloddish new owner.