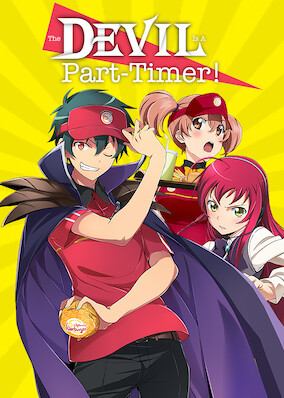 Pick a random title The Devil Is a Part-Timer! / Season 1

Sidelined by a young hero, Satan and his second-in-command land on Earth, in human form, working at a burger joint until they can plan a new attack.

The Devil Is a Part-Timer! 2013 2.7/5 TV-14 SuperHD Play Queue Netflix Page Thwarted in their attempt to take over the world of Ente Isla, Satan and his general Alciel land in modern-day Tokyo, where they take on human form. Ryota Osaka, Yoko Hikasa, Nao Toyama, Yuki Ono Apr 01, 2019