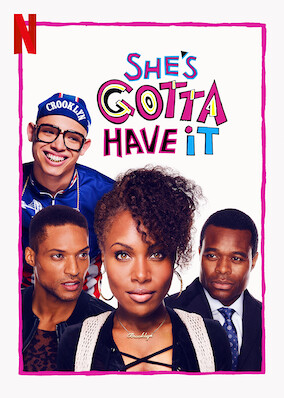 Pick a random title She's Gotta Have It / Season 1

Nola Darling struggles to stay true to herself and her dreams while juggling three lovers in this Spike Lee series based on his breakout film.